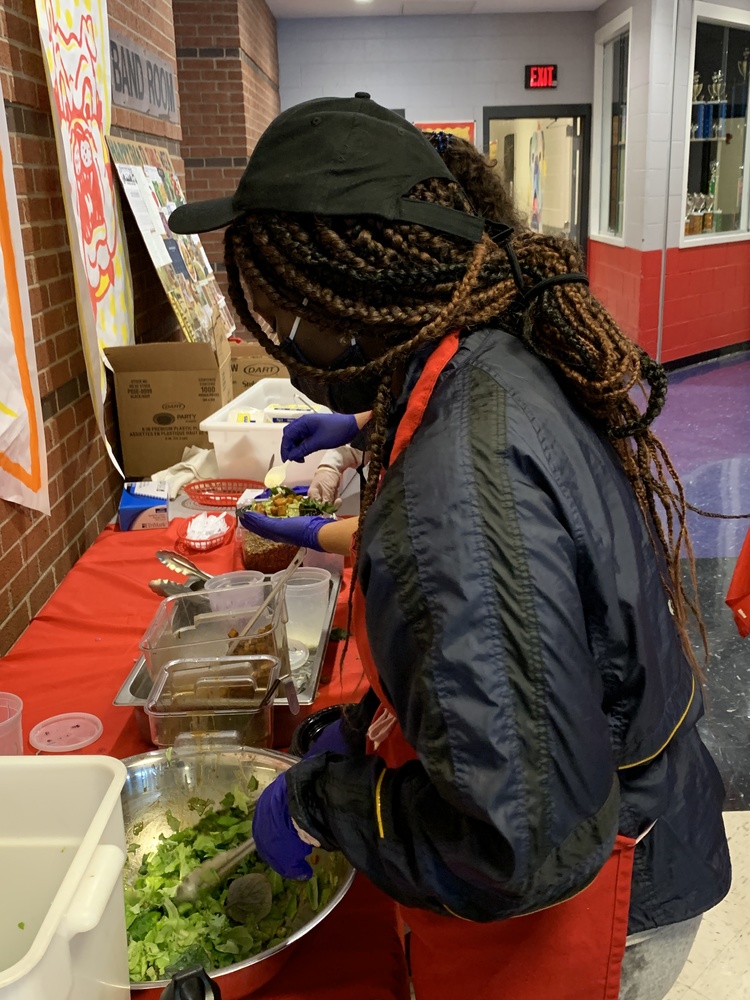 Goochland High School students will travel into the past and recreate vintage 18th and 19th century southern recipes with Chef David Booth at the G Tech Culinary Lab on November 17 and 18.

Lindsey Dewey’s GHS students split into teams to create websites analyzing the ethnic, nationality, geographic and socioeconomic influences on three regions in the south – Lower, Middle and Border. Dewey’s students’ websites included recipes from the 18th and 19th centuries alongside modern equivalents and the specific influences that can be seen in each food. North Carolina pecan pie, oyster stew, cornbread, milk buñuelos, shrimp or crawfish étouffée, and buffalo beef jerkey are just a few of the many recipes collected and updated by students.

Students focusing on the Border South – Delaware, Maryland, Kentucky, Missouri and West Virginia – detailed the influence of the fertile land and moderate climates on the foods eaten and made by the majority European settlers. The Lower South – Texas, Louisiana, Mississippi, Alabama, Florida, Georgia and South Carolina– was influenced by hotter seasons and a more diverse population including Native Americans, Africans and Europeans. Fertile soil in mild temperatures and a diverse population of mainly English settlers, Native Americans and Africans combined in the Middle South – Virginia, North Carolina, Tennessee and Arkansas – to create the region’s food.

The visit to the G Tech Culinary Lab will provide students with an opportunity to learn from Chef Booth and prepare some of the recipes collected during their research. Culinary Arts is part of the division’s robust Career & Technical Education (CTE) program. CTE courses provide students with the knowledge and skills they need to be prepared for life after high school, whether their path takes them to further education or directly into a career. CTE gives purpose to learning by emphasizing real world workplace skills and practical knowledge within a selected career cluster.

To learn more about the project and view recipes, visit https://shorturl.at/fyG03.